America, I have important news for you. Idaho has been holding out on us. Potatoes. That’s what you think when I say Idaho. But this state isn’t about sodding tubers. No, my fellow citizens, Idaho has cornered the market on pure natural beauty. The forests are greener. The rivers are flowinger. The conifers are conyer. The ferns are fernier. The mountains are magesticker. Everything about Clearwater National Forest is wild untamed beauty. 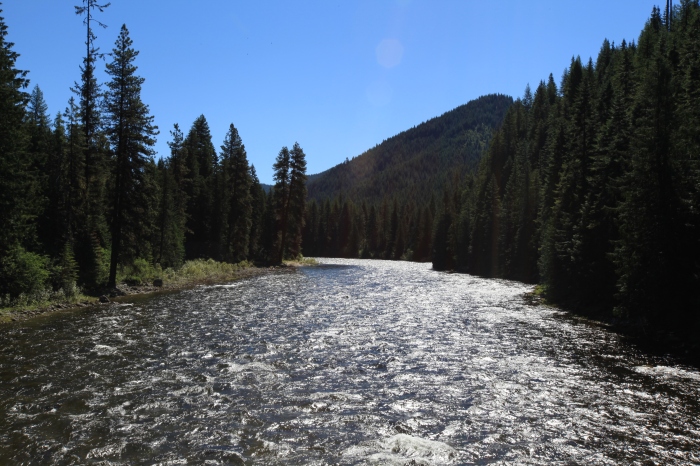 The ride itself was alternately wonderful and challenging by turns. We had expected a cruising downhill poodle as Paul says. Poodling is the act of mostly sitting on the bike and lacklusterly turning the crank. It works best with a tailwind or downhill, but even on level ground you can poodle at 8 MPH. The morning was exactly as expected, a nice and beautiful downhill cruise. But the heat started mounting early and wouldn’t relent as the sun came up. In addition to the heat, a wind funneled up the 100 mile canyon right into our face. Jonathan dubbed the valley “hair dryer canyon” for the hot sirocco withering our will and energy.

A packbridge over the Lochsa River — Clearwater National Forest

As the day progressed, we took a couple of breaks to dunk in the frigid river. But even that respite became difficult to enjoy because swarms of bees would become very interested in our bikes as we waded. Probably 100 bees were swarming around Persephone as I steeled myself to calmly approach and walk the bike away. I didn’t get stung, thankfully, but it unnerved me.  Fortunately, that was as bad as the wildlife gets out West.  There were no dogs. Nor were there dogs with bees in their mouths and when they bark they shoot bees at you. 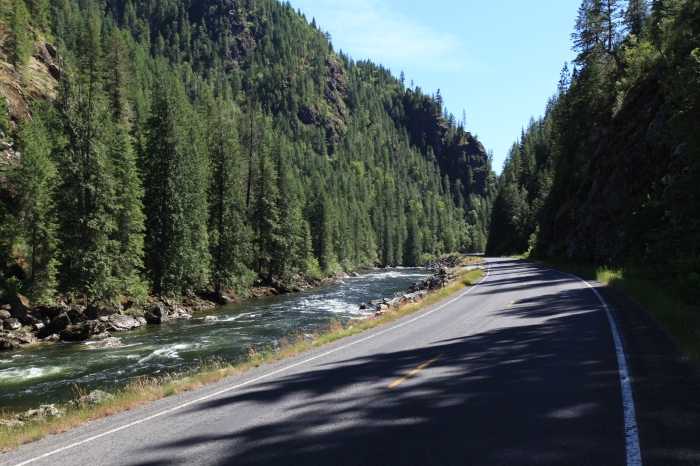 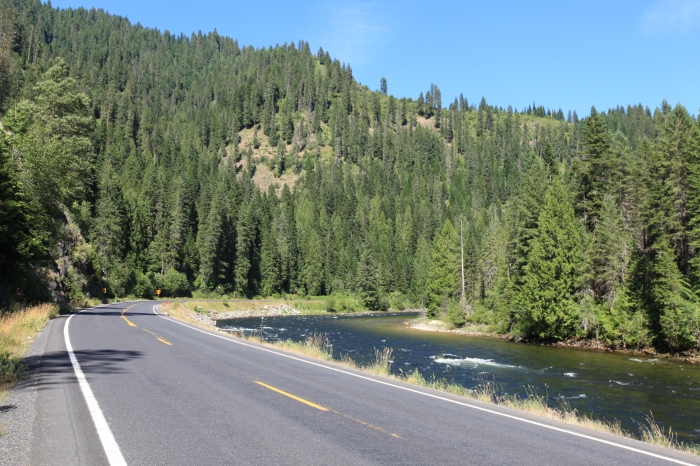 A singular treat of the trip was meeting Bryan. Bryan works with my cousin in Marquette, MI. As I was about to cycle by, he hopped off his motorcycle and asked if I was Mike Evans. This little serendipitous reminder from the real world heightened my awareness that I’ll be returning to real life in under two weeks. Unfortunately, the bees were swarming and I didn’t have a chance to visit as long as I wished I could. Bryan, if you’re reading this, could you email me the photo you snapped of us?
With such a tough day, I was having a hard time finding my groove and enjoying the ride. But I finally settled down to some chill tunes in my headphones and went off to my happy place. Can’t say that I was thinking of much profound… really just enjoying the view and feeling content. Every once in a while a chill breeze would hit me from the right as I passed a small creek winding its way down a little mini valley. One in particular was quite chilly and I slammed on my brakes just as I passed Rye Patch Creek. I decided to take a break and wait for my British friends in the cool shade. A steady light breeze channeling down the small creek was about the most heavenly thing I’ve felt on the trip, and it kept the bugs away. I stayed there for almost an hour. 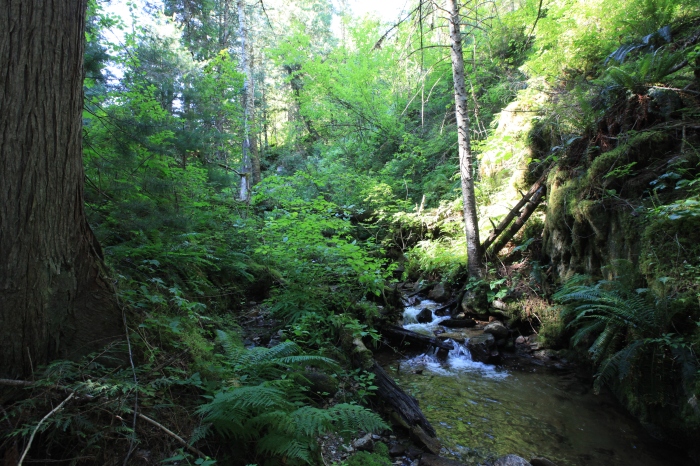 We finally rolled into a campsite/cafe combination in Lowell around 6:30PM. The heat had really gotten to Paul, so this was the end for the day. As we pored over the maps for the day, it became apparent that we’d be having a hard time getting over the 3,000 foot climb tomorrow before the heat hit. After about an hour, Paul rallied and suggested we push on another 25 miles to Kooskia. The evening’s ride was as pleasant and comfortable as we passed through the miles with no problem. We settled down in a skeezy hotel, happy to have a shower, and a place to rest our heads and even happier with our decision to get the miles done so we could sleep in. 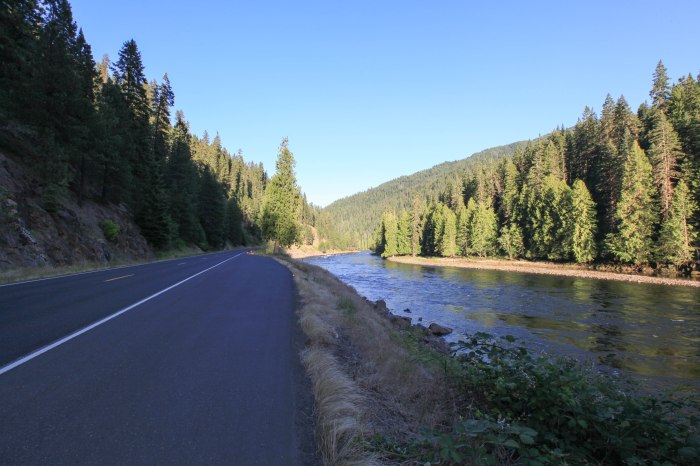 Posted on August 4, 2014 by Mike Evans in Bike Touring