The evening before my rest day, me two British mates showed me a proper pub crawl, including graffiti murals and English telephone boxes. Pueblo grew out of several smaller towns so it has three distinct cute downtowns. You may not be aware, but Pueblo is a wonderful town.

Paul is a bit homesick. Terry wants him to get on with it. –Pueblo, CO

End of the pub crawl. Everyone came out all right. Except for Terry who had a tree growing out of his head. –Pueblo, CO

Saturday’s forecast was for 45MPH gusts and dust storms. Lots of cyclists hunkered down for the day. Reports coming in from those who didn’t were that it was pretty horrible. Chuck arrived to join me and we took the day to get his bike ready and have some good meals and relaxed conversation.

We finally got going on Sunday morning and not half a mile from the start The Daily Grind coffee shop sucked us in. Not a fast start. Fortunately, we got some great directions to the path out of town which allowed us to avoid a busy highway. The path gave us our last flavor of the Southwest before climbing up into the Rockies. 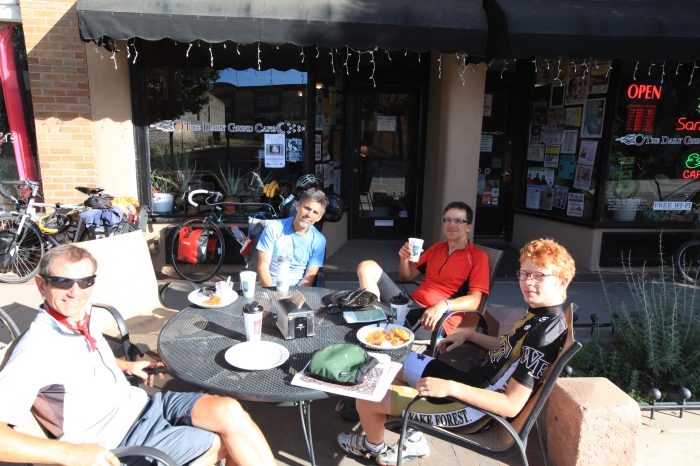 Not exactly getting out of town in a hurry.

Paul gave us some directions to the path out of Pueblo. He had that look that said he is probably going to try touring someday soon. 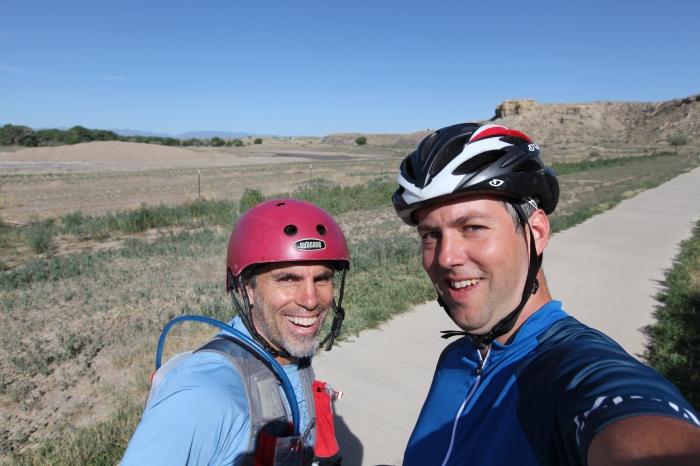 Chuck and I on the way out of Pueblo via the reservoir path take time for his trip starting selfie. 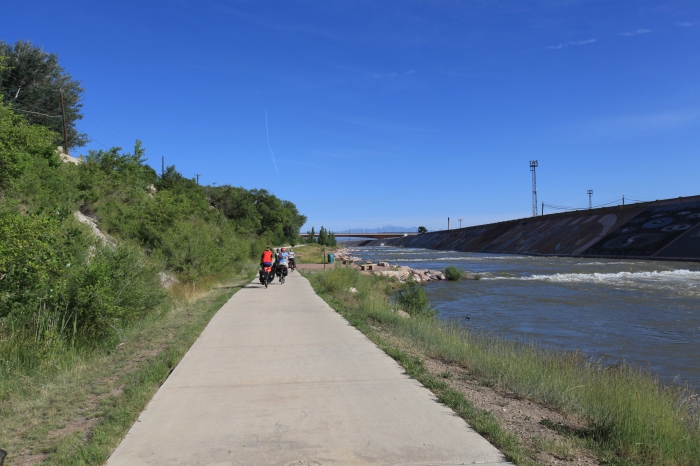 Finally, after 5 days of seeing the Rockies in the distance, we started to approach for a real climb today. I’ve been overflowing with excitement to get into this part of the country. Apparently, there is exactly one foothill to the front range, and we climbed it up to a town called Wetmore, CO. Everything was closed, but some very helpful folks at the church let us refill our water. Replenished, we began the final descent towards Canon city, where after crossing the Arkansas river, we’d start climbing the Rockies proper. 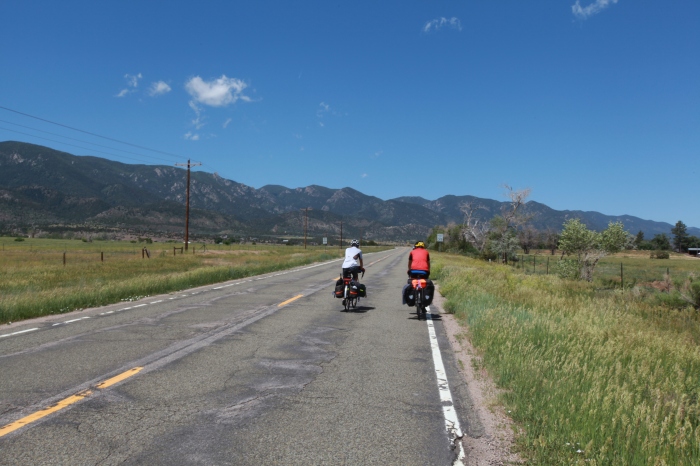 This church in Wetmore let us fill up our bottles and use the facilities. They also have very nice flowers in front. My nieces should approve.

Just past Canon city, the climb towards Hoosier pass begins. This climb will take us three days. For most of its length today it rose at a steady 4% grade. We ticked off about 1/3 of the climb towards the pass today. Tough but very manageable. We were rewarded for our elevation with a campsite out in nature, rather than a city park. The views are beautiful, and we wanted more so decided to check out Royal Gorge Park. Once we got our tents setup, we relieved our horses of their saddle bags and climbed about 500 feet to see the Royal Gorge suspension bridge. Perfect views as the sun set over the Rockies. Life is good.

On the road up to Royal Gorge 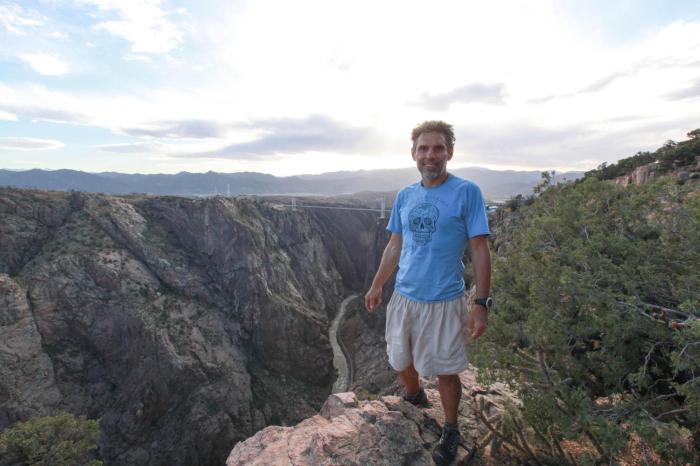 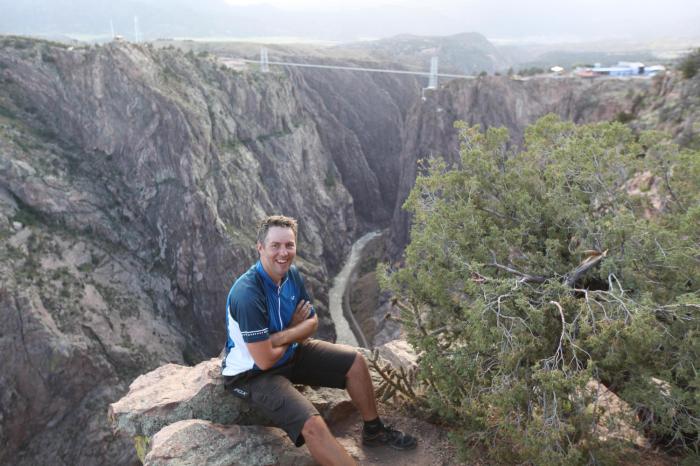 Me at Royal Gorge